Menu
Quality Care for Your Loved One, Peace of Mind for You

Lee, who’s in her 60s, thought she might have thyroid cancer a few years ago when a CT scan she had for something else showed a lump or a nodule on her thyroid. Further testing came back suspicious for papillary cancer, the most common type of thyroid cancer. “Suspicious” doesn’t automatically mean cancer, but Lee’s odds were 60 to 70 percent and the next step was surgery to find out for sure. 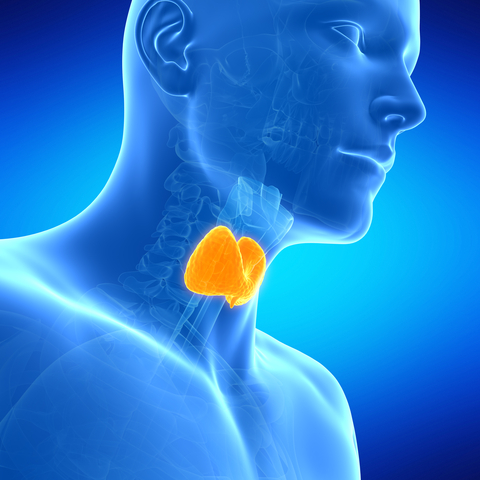 Your thyroid is a butterfly-shaped organ in your neck, just below the voice box and above the collarbone. Its job is to produce hormones that regulate how the body uses and stores energy. Common problems are an overactive (hyper) or underactive (hypo) thyroid and lumps on the thyroid are also pretty common.

In the United States, about 0.1 percent or 300,000 new nodules are detected every year. Supposedly, by the age of 60 about half of us have one that can either be felt or shows up on an imaging test like Lee had.

According to the Mayo Clinic, several conditions can cause nodules to develop in your thyroid:

The odds of a thyroid nodule being cancer are about 5 percent, says Maine Medical Center endocrinologist, Dr. Daniel Oppenheim. As he points out, “That means 95 percent of the time a nodule is benign.”

Thyroid nodules are most common in:

An ultrasound of the thyroid is probably the best way to pick up and evaluate nodules, but it is not recommended as a routine screening exam. “The difficulty,” says Dr. Oppenheim, “is thyroid nodules are very common and overwhelmingly benign. If you were to do an ultrasound on everybody, you would no doubt find lots of nodules that have no clinical meaning whatsoever.”

Instead, he says your health care provider should do a thorough exam of your thyroid and neck during your annual physical and an ultrasound should be ordered if a nodule is felt, you have symptoms, or have risk factors.

Most thyroid nodules don’t cause any symptoms and are so small you don’t even know you have one. If it’s larger, you may:

If a needle biopsy comes back negative for cancer or the nodule is too small to biopsy, the usual course of treatment is to follow it with regular ultrasound exams.

When a nodule is suspicious for cancer, it’s usually removed surgically, along with surrounding thyroid tissue. “And then,” says Dr. Oppenheim, “what is called a frozen section is done in the operating room — the pathologist is able to look under the microscope and get a sense of what the problem might be. Typically, if it’s clearly benign at the point, the surgeon will stop and that will be the end of the surgery. If the nodule is clearly thyroid cancer, the surgeon will remove the rest of the thyroid gland and usually some lymph nodes from the neck as well.”

Sometimes it isn’t possible to determine if a nodule is cancerous right there in the operating room so that’s why it’s important to have a conversation with your surgeon ahead of time so you’re both on the same page about how to proceed. Would you want the surgeon to go ahead and take out your entire thyroid even though it might not have cancer or stop the surgery, knowing you might have to go back into the operating room if it turns out you do have cancer?

If the nodule is benign, even if only part of the thyroid is removed, it’s usually necessary to take thyroid medication because the gland won’t be able to produce the right amount of hormones anymore. “Missing half a thyroid or a whole thyroid really doesn’t make much difference in terms of subsequent treatment if the nodule is benign,” Dr. Oppenheim says. “Some people say, ‘Just take it out while you’re in there.’ Others say, ‘No, I really want to keep as much of my parts as I possibly can. I’m willing to take the risk of a second operation.'”

Thank goodness, Lee’s nodule was benign — no cancer. “It was the best news,” she says.

For a variety of reasons, her thyroid was totally removed and she will always be on medication, but says she’s grateful she won’t have to worry in the future.

For more information about the thyroid, visit the American Thyroid Association.

Don’t miss the conversation! Subscribe to be notified of new blog posts!

1 thought on “If you have a thyroid nodule does it mean cancer?”

Scroll back to top